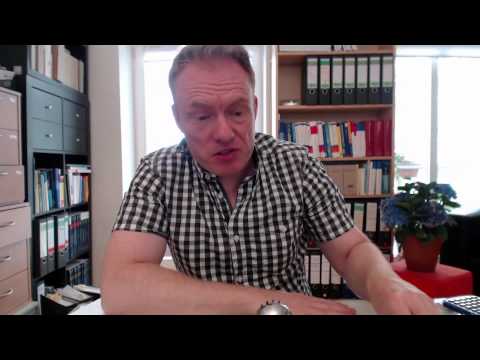 Public sector banks will embark on second round of 2-day bottom-up ideation exercise beginning Thursday for further streamlining the banking sector to help the nation become a USD 5 trillion economy in 5 years. The second leg of the month-long campaign will be inter-bank and will be held at state-level as per the direction of Department of Financial Services, Ministry of Finance. The first round was focussed at branch level and suggestions and ideas received from there will now be discussed at the state level from tomorrow, official sources said.
-Economic Times
Members of the RBI's Monetary Policy Committee at its rate review held on 7 August have agreed that supporting growth will remain their top priority in the midst of inflation remaining stable within the next 1 year, according to the minutes of the meeting released on today.
-Livemint
The Banks Board Bureau has invited applications for the post of MD & CEO in 4 leading PSBs — Bank of India, Bank of Baroda, Punjab National Bank and Canara Bank.
-Moneycontrol.com
The IL&FS had not disclosed any NPAs for the last 4 years, the RBI has said in a report. The report is based on inspection of IL&FS and IFIN and this has been conveyed by the new board of the IL&FS to the NCLT.
-Economic Times
SBI is planning to establish nearly 10 lakh YONO Cash Points in the country over 18 months, said its Chairman Rajnish Kumar today. The platform is secure and will eliminate the requirement of using debit cards, Kumar said.
-Business Line
BookMyForex.com, a marketplace for foreign exchange and remittances, has partnered with YES Bank to launch a co-branded multi-currency forex travel card for Indian overseas travellers. BookMyForex will offer zero margin or exact inter-bank rates 24x7 on forex card sales.
-Business Line
SEBI today provided more teeth to rating agencies by allowing them to obtain details of borrowings and defaults by companies. It also announced rewards for whistle blowers and approved changes in norms prohibiting insider trading.
-Economic Times
SBI Cards and Payment Services Pvt. Ltd, the credit card subsidiary of SBI, invited investment banks and lawyers to act as advisers for its proposed IPO.
-Moneycontrol.com
The finance ministry has initiated a review of India’s free trade agreement framework to assess the impact of such pacts on the overall economy. The view has been gaining ground among policymakers and industry that these free trade agreements (FTAs) brought little tangible benefit to India, while helping the partner country.
-Economic Times
IL&FS has informed NCLT that in contravention of a NCLAT order, banks have debited about Rs 759 crore in the last 8 months for repayment on their dues which amounts to coercive creditor action.
-Economic Times
Parle Products Pvt Ltd, a leading biscuit maker, might layoff up to 10,000 workers as slowing economic growth and falling demand in the rural heartland could cause production cuts, a Co executive said today.
-Business Line
The probe by the Enforcment Directorate in the money laundering case, involving former finance minister P Chidambaram, has been enlarged. It suspects his role in granting alleged illegal Foreign Investment Promotion Board clearances to at least four more business deals, apart from INX Media and Aircel-Maxis, and receiving multi-crore kickbacks through multiple shell firms, official sources said today. The CBI has issued a Look Out Circular P Chidambaram to prevent him from leaving the country, officials said.
-Business Line
USD/INR 71.55
SENSEX 37060.37(-267.64)
NIFTY50 10918.70 (-98.30)

The Government has no proposal to increase the amount provided under the Pradhan Mantri Awaas Yojana, the Minister for Rural Development Narinder Singh Tomar informed the Rajya Sabha today. -Economic Times
India’s financial system remains stable against the backdrop of improving resilience of the banking sector, even though the emerging trends in global economic as also geopolitical environment pose challenges, the RBI said. -Business Line
The RBI is reviewing its master direction on frauds and considering additional measures for timely recognition of frauds and enforcement action against violations, it said in its financial stability report (FSR). -Livemint
The RBI today set an average base rate of 9.18% for non-banking financial companies and micro finance institutions to be charged from their customers for the quarter beginning July 1. “The applicable average base rate to be charged by non-banking financial companies and micro finance institutions (NBFC-MFIs) to their borrowers for the quarter beginning July 1, 2019 will be 9.18%,” RBI said in a release. -Business Line
In a staggering revelation indicating that Indian banks have been under-reporting frauds. The Data released by the RBI in its latest edition of the Financial Stability Report, suggests that nearly 40% of the under-reported frauds actually took place in 3 years between 2013 to 2016. -Economic Times
Gross NPAs of NBFCs have risen from 5.8% in 2017-18 to 6.6% of their loans in 2018-19 even as net NPAs declined by 10 basis points from 3.8 to 3.7 per cent in the same period, the RBI’s Financial Stability Report has said. -Business Standard
After taking a hit on account of loans to IL&Fs, Bandhan Bank will stay away from big corporate loans, and will remain focused on micro-loans in the short term, C S Ghosh, MD & CEO of the bank said. -Business Standard
IndusInd Bank has now become 2.58% owner of micro -finance firm Satin Creditcare following allotment of 13.43 lakh equities against preference shares. -Economic Times
United Bank of India (UBI) is targeting an NPA recovery of around Rs 4,000 crore in the 2019-20 fiscal on the back of a one-time settlement (OTS) scheme, a top official said. In the April-June quarter, the bank is expecting a recovery of Rs 300-400 crore, which would mainly accrue from the retailing sector, MD and CEO Ashok Kumar Pradhan said. -Business Line
As per latest NPCI data, 33.5 million transactions worth Rs 9,000 crore happened over micro ATMs in May. The Aadhar-Enabled Payments Channel (AEPS), which falls under the broader category of micro-ATMs, has emerged as one of the fastest growing payments systems in the country, second only to the UPI system in terms of annual volume growth. -Economic Times
The SBI today revealed the names of 10 new big-ticket firms from the pharmaceuticals, gems and jewellery and power sectors and also their top officials as it declared them 'wilful defaulters'. Mostly based in Mumbai, the outstandings from these loan defaulters are pegged at nearly 1,500 crore, and they have been served repeated reminders to clear their borrowings. -Livemint
Bank of Maharashtra said it will raise up to Rs 3,000 crore equity capital through various modes, including follow-on public offer or preferential issuance of shares. The decision was taken at the bank's annual general meeting held on June 27, 2019. -Moneycontrol.com
SIDBI has committed Rs 3,123.2 crore to 49 SEBI registered Alternative Investment Funds (AIFs), who in turn have invested Rs 1,625.73 crore into 247 startups, commerce and industry minister Piyush Goyal said today. -Economic Times
In a first-of-its-kind initiative, a Jet Airways Employee Consortium and AdiGroup today announced a partnership to bid for 75% of the airline through the NCLT process, members of the consortium said. -Economic Times
Union Minister for MSME Nitin Gadkari said that his vision is to increase MSMEs contribution to India’s GDP to over 50% from the current 29% and that for the Indian economy to scale the $5 trillion mark. -Economic Times
PM Modi and US President Donald Trump Friday "aired" their concerns over the bilateral trade disputes and agreed for an early meeting of their commerce ministers to sort out the issues, a day after the US leader demanded withdrawal of the "very high" tariffs levied by India on American goods. -Economic Times
India has received USD 1.81 billion FDI from China during April 2014 to March 2019, Parliament was informed Friday. -Economic Times
India's foreign exchange reserve touched a life-time high of $426.42 billion after it surged by $4.215 billion in the week to June 21, RBI data showed. Forex reserves had scaled a record high of $426.028 billion in the week to April 13, 2018. -Livemint
USD/INR 69.02
SENSEX 39394.64(-191.77)
NIFTY50 11788.85(-52.70)